This has nothing to do with kids or special needs, but thought you might need a good laugh today. Enjoy!


The other night, my wonderful husband was not too wonderful. He was grouchy and snapped at me. In retaliation, I huffed my way into our bedroom, slammed the door and went to bed.


The next morning at 6:15am, Ryan came into our bedroom. He leaned over me and kissed my cheek and began a very sincere and thoughtful apology. Groggy as I was, I heard voices, other than his in the room and told him. Ryan brushed my garbled words aside, saying that it was just the radio that was on in the kitchen. Waking up further, I told Ryan the talking was coming from his pocket. Although still not believing me, he reached into his pocket and pulled out his phone.


Sure enough, Ryan had "pocket-called" the owner of the company for which he works. Ryan quickly got on the phone and asked if he had heard anything that was said. Luckily, it seems that the owner did not hear a word, or so he said. Never good to have your boss hear you eating crow. 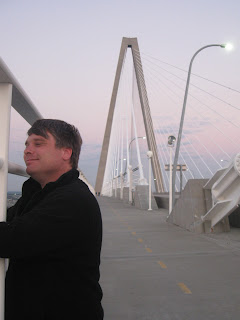