Parenting an Adult Child with Disabilities: From Group Home Placement to Discharge 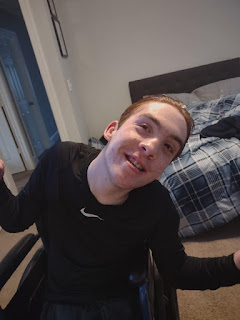 Last August, we moved Ben into an alternative family living (AFL) placement, about 90 minutes from our home in Charlotte. It was a three-bedroom house and Ben was given the largest bedroom with its own bathroom.

A typical AFL in North Carolina operates like this: a person with disabilities, the client, moves in with another family, couple or an individual. The client lives in the family’s home and the family receives payment in return for housing, feeding and caring for the client.

Ben’s AFL was unusual: A couple with extensive caregiving experience wanted to run a three-bed group home but needed to apply for the license through the state. They were willing to take Ben as the first resident in a house, separate from the one they lived in. The plan, according to the couple, was to get approval for the group home within a couple of months.

We ordered Ben a double bed, headboard, 54-inch television, new sheets, towels and blankets. Friends helped us move him in.

By mid-March, Ben returned home. Here's what we learned through the process:

1. Start the search for a group home early.

In early 2021, I started reaching out to my contacts at the group home agencies I'd been in touch with over the past few years. I let them know Ben was turning 18 and we were actively looking for placement. I completed the applications and sent referral packets. We did virtual and in-person visits with a few group homes but nothing worked out.

Although I've never used a dating app, it felt like it: The agencies were swiping left.

Ben's case manager heard about an AFL – alternative family living – in Highpoint, North Carolina through a small agency. It was a husband and wife team who were interested in starting a group home within the next few months and were willing to take Ben as the first resident. They had many years of experience working with people with disabilities, especially with similar needs as Ben.

We did a virtual visit first with the QP – qualified professional within the agency, the person who would oversee the couple running the AFL, and eventually the three-person group home. We asked a lot of questions and were satisfied, even overjoyed, with the responses. It appeared to be everything we were looking for in a group home.

We wanted Ben to be in an active community, participating in Special Olympics, swimming at the YMCA and enjoying the activities coordinated through the local parks and recreation department. Our expectations were clearly stated in an email to all involved parties, sent 20 days before Ben moved into the house.

In High Point, Ben started school at a nearby high school. He had memberships to the local zoo, science center and YMCA. He had plenty to do to keep him occupied.

In November, several disconcerting things happened. I got a call from the bus driver one afternoon, "There's no one here to get Ben off the bus."

I visited Ben at school at 9:15 a.m. and he looked disheveled. His hair wasn't brushed, his nails were long and dirty and his ankle-foot orthotics were put on incorrectly.

When I asked for a schedule of community activities or a schedule of who was working at the house, I didn't receive a clear answer. For the six months Ben lived away from us, I asked the couple and the QP the same questions: What is Ben doing on the weekends? Who is with him at the house? May I have a schedule? I never received a transparent answer.

I shared my concerns in writing, always including the QP, the couple running the house and our care managers. Rarely did the QP or the couple return my email with an answer.

6. Understand your support system.
Although we are the advocates for our son, Ben also has care managers with the state-affiliated agency. Unfortunately, we had a change in agencies during the first few months Ben moved in. Also, with pandemic restrictions, no one was making home visits. I kept the agency aware but there were gaps in the system.
7. Listen to your body.
My anxiety increased each time something new and negative popped up. I wasn't sleeping well and I struggled with my worries in vivid dreams.
8. Listen to your child.

For the first several months, Ben appeared happy at the house. When we'd visit and take him out for the day, he'd give us smiles when we returned him to his room. In February, he grabbed my hand and wouldn't let go when I was leaving.
Because Ben is nonverbal, I watch for cues and behaviors that may give insight into how he's feeling. His reaction made it hard to leave him there.
9. Be flexible.

On March 9, the couple sent a letter through the agency letting us know they wanted to discharge Ben within 30 days and we'd have to pick Ben up from school every Friday and take him home for the weekend until the discharge date. We decided on March 10 to get a Uhaul truck and pick Ben up on March 13. Ben's been home since. It's been an adjustment but our family is adapting to yet another stage in our lives.
10. Start over.
We still believe an active and community-connected group home is the best option for Ben. We're a bit battle-weary but we're wiser after this experience. 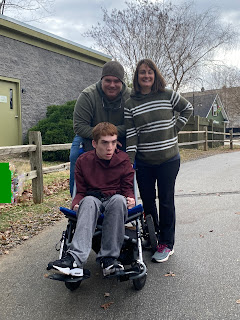