July 15, 2014
Today we visited Ben's new neurologist, Dr. G. Ben's former neurologist, Dr. N, retired. For eight years, she developed plans for Ben's seizures, sleep issues, genetic testing and then tracked his progress with communication and cognitive abilities. Although she mostly used words that went over my head, she spent time with us, listening about developments and asking questions. We were never rushed and Dr. N was always precise and direct. At times, I wanted to remind her that Ben was not a toddler anymore and baby talk was no longer necessary, but even still, Dr. N was a hard act to follow. 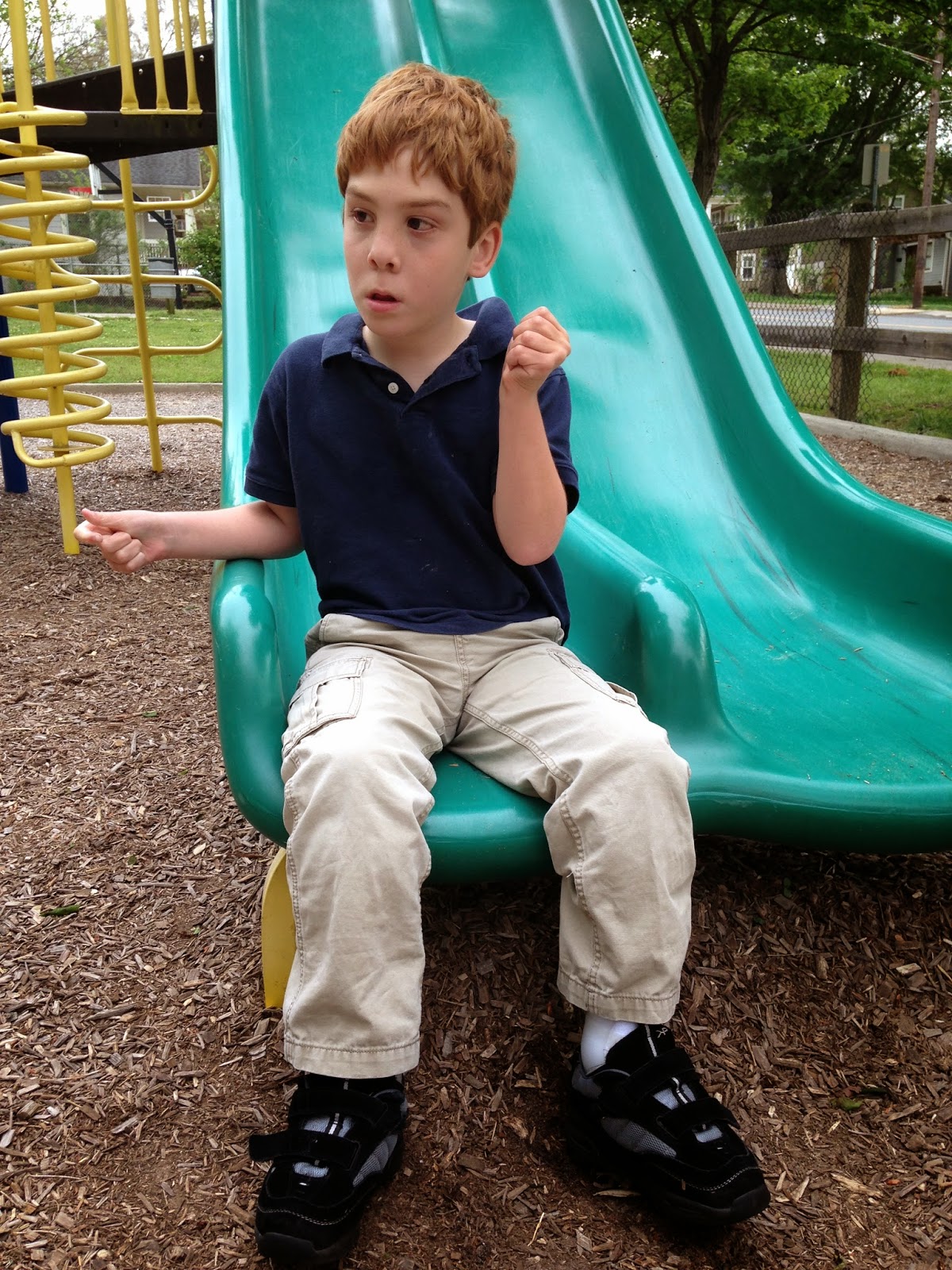 As with any doctor visit, the patient must be weighed. This office had a cool roll-on scale for a wheelchair. This saved me the lovely ordeal of holding Ben and getting weighed together, and then stepping back on for a solo weigh. This time, Ben's chair was weighed separately. The scale read 105 lbs for the chair and Ben. This confused me, but I had little time to contemplate because I had to grab Ben so the chair could be weighed alone. The scale read 15 lbs for the chair alone.

My brain was having a "Does Not Compute" moment. Ben weighed 72 lbs with his shoes and braces at his March visit to the doctor. The math was not correct. I questioned the nurse and she said she had to do the computations. I waited impatiently.

Finally in the exam room, she casually said that Ben's weight was 88 lbs, subtracting 2 lbs for shoes and braces. Luckily, I was sitting, otherwise I may have fainted. All of the last several months were making sense. Ben had been so difficult for me to lift, even Ryan was feeling the strain. We chalked it up to us getting old. Possibly Ben's sleep disturbances were caused by his growth - he gained 16 lbs since March. My world was spinning.

I texted Ryan the news. His response, "STOP feeding him." Always ready with a joke, my husband.

Fortunately, I had a good hour or so to calm down before the doctor came in. Dr. G was a very normal, down to earth person. His approach was practical - how do we make Ben's life the happiest it can be? He supported our nutritional approaches to solving sleep and constipation issues. He would have suggested we take Ben off the sleeping aids if we had not done so already. He started a weaning off process from one of Ben's seizure medicines (something I had hoped for) and scheduled an EEG for the near future.

We left with a medicine plan, nutritionist referral and a three month follow-up appointment.