About three days after I stopped the Benadryl, and continued "detoxing" Ben from all his sleep aids, Michele Huggins, the editor at Charlotte Parent Magazine, emailed me about writing an article about the benefits of nutrition on special needs children for their September issue of Exceptional Child. I agreed immediately, excited that she would ask me to write again for the magazine.

I knew nothing about nutrition for special needs children except for a few buzzwords like gluten-free and, well... that's it.

Two days later, armed with articles and research about nutrition, information from interviews with nutritionists, doctors and families with success stories, I decided to launch Ben on a four week Casein Elimination Diet.

You will have to wait for my article to publish to find out all I learned, but what I will share is that I was a HUGE skeptic before I started my research. The time, money and energy were enough for me to say "no" to any change in diet, let alone Ben's reaction.

With no plan for what to do about Ben's sleep problems and lacking in sleep ourselves, we decided the four week dairy free diet was worth a shot. 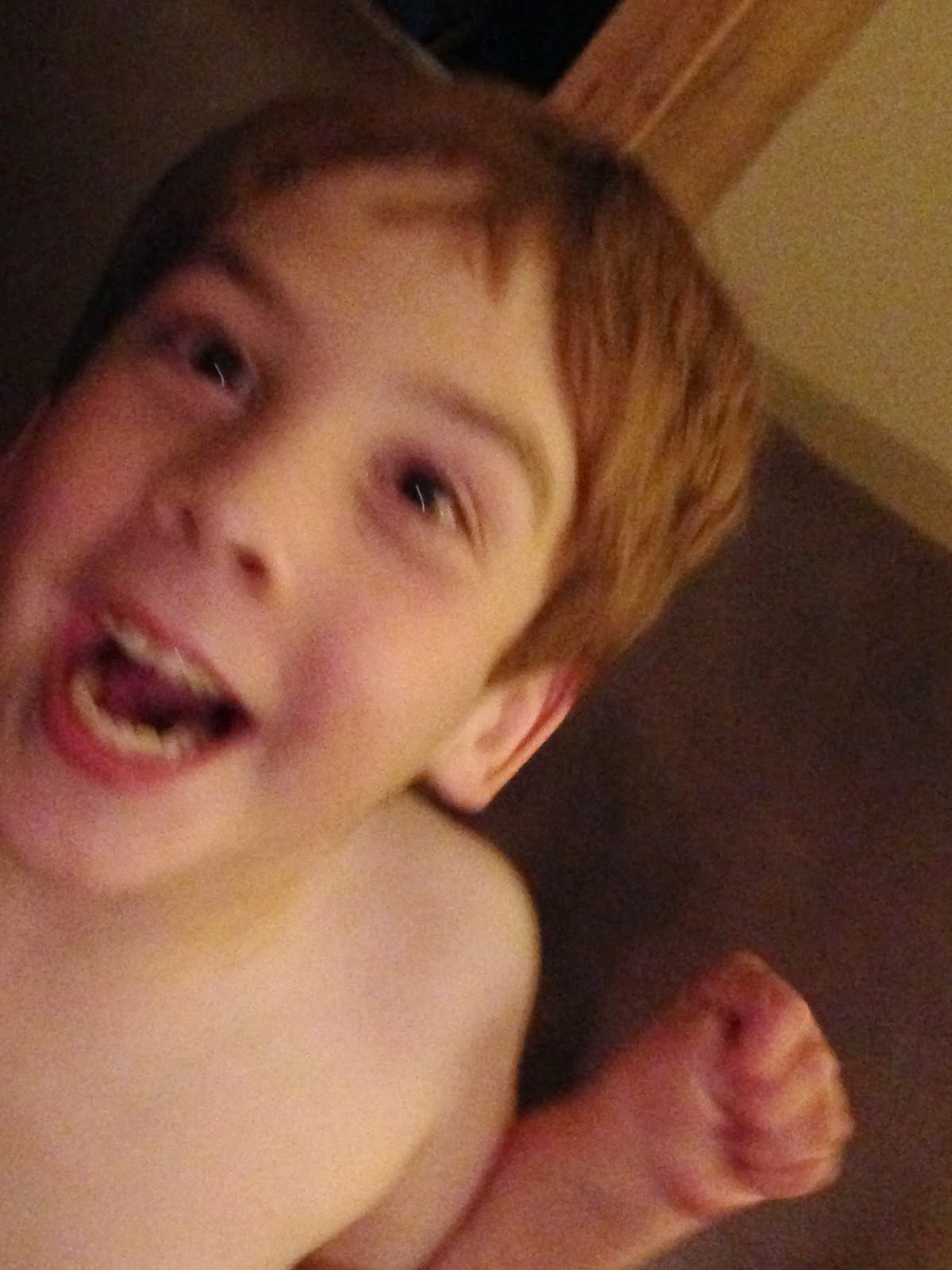 Why dairy and not gluten? A few things I heard from the interviews with the doctors and nutritionists made me choose dairy. Ben's diet contained more dairy than gluten and would be the easiest to change with substitutes. It was also an easy shot in the dark.

It has not been hard to make the changes, and Ben has not complained one bit. His eating routine has changed somewhat, preferring his calories later in the day, rather than when he first wakes up, but other than that, he is the same old Ben, with better sleeping and pooping routines.

Ben typically has one smoothie (12-16 oz.) per day and then eats a regular diet of kid friendly food for other meals.

Results after 10 Days:
1. No more constipation. Removed Miralax from diet.
2. Falls asleep in his bed at a reasonable time without any sleep aids.
3. Calmer and quieter in evening - most crazy and wild behavior has disappeared.

Observations:
The addition of varied fruits and vegetables combined with the probiotic may be the reason for the change in BMs. I have not been able to find anything in the literature about constipation making it difficult to go to sleep so I do not think that was the sole cause of his night time antics. In a few articles, I have read that dairy may affect sleep.

Something unrelated to nutrition is that Ben wants to sleep without any clothing or undergarments. We have a nudist in the house! We are letting him sleep like this, and it seems to make him happy.

Future:
After ten days, I am still skeptical, or perhaps, wary that this may be some sort of coincidence. I need a longer time for this to work. My hope is that he is allergic/intolerant/affected by dairy and that his body responds by fighting sleep and acting crazy. Fingers crossed, please.

Ben has an appointment with a new neurologist in two weeks. I will ask for a referral to a nutritionist for a full evaluation, something he has never had completed.