Take Me Out to the Ballgame

July 18, 2014
Last week, Ryan and Ben were on their own. I took the other two boys to visit family while Ryan worked and Ben attended Rainbow Camp. Several weeks prior, Ryan was invited to a departmental team building event for his work - attending an evening Charlotte Knights Baseball game at the new stadium.

Since family members were invited to attend, Ryan wanted to take Ben to the game. However, handicap seating is only in certain areas and it would mean he would sit away from the other 50 co-workers - making the idea of a team builder null and void. Ryan struggled with this for a few weeks. I lined up someone to stay with Ben, thinking the decision had been made for Ryan to go alone. 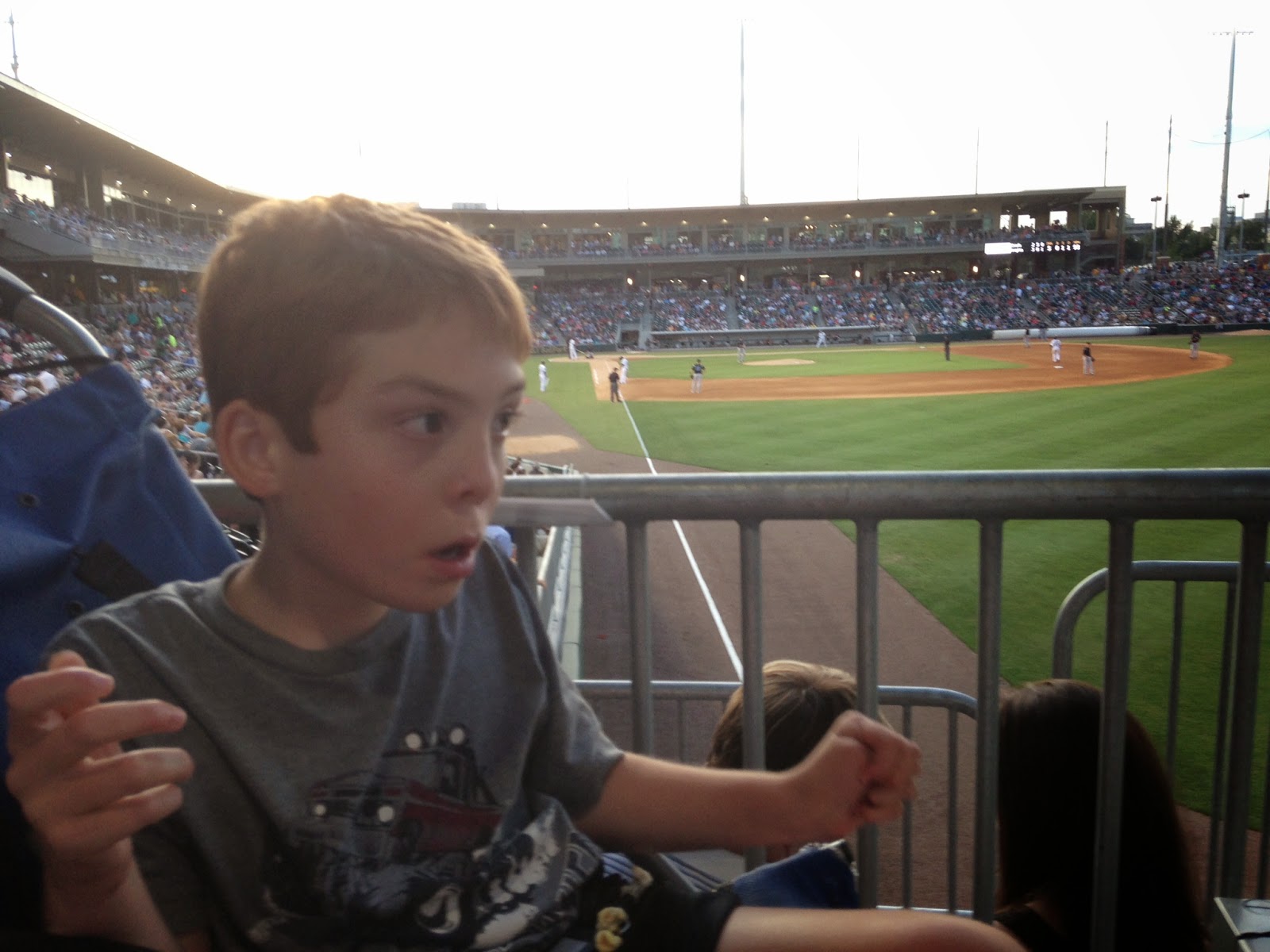 One day, Ryan called me from work, excited and relieved. He had a meeting with his two supervisors, and at the end of the meeting he shared his dilemma with them about the baseball game and seating arrangements needed for Ben. Within hours, the seats for the game were changed to include the handicap section for Ben.

The night of the game, the entire department sat together, Ben was welcomed by the co-workers and Ryan was a happy dad.

Oops, I forgot to ask who won the game.

I think everyone won this time.