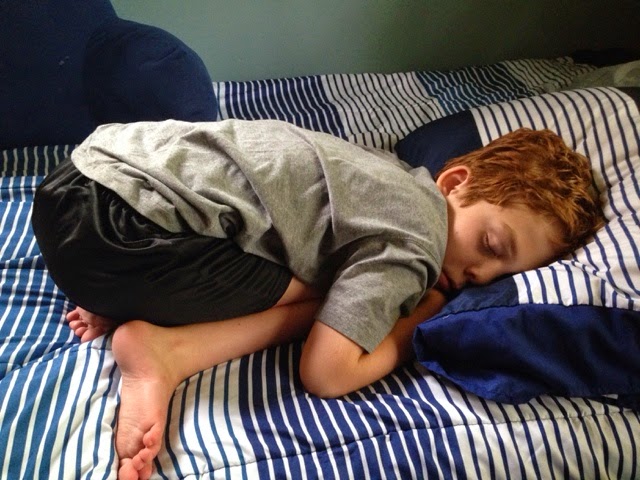 If you have been following closely, you will know that we have been experimenting with Ben's nutrition in hopes to eliminate constipation, decrease hyperactivity at night and increase sleep productivity. In addition to Ben's nighttime antics, he started about a month ago, tearing off his pull-up, typically leaving a horrible mess of pull-up pieces everywhere. In my last post, The Real Houdini, I admitted that, we as parents, had lost that battle.

But it is the war we are after and Ryan, in his infinite wisdom suggested that the reason for the pull-up disappearing act was that they were too tight. I had my doubts, but being of a gender with different parts, I did not have much experience in this department and found it hard to argue. With no other solutions on the forefront, I picked up larger pull-ups, adult size small.

It has been five nights with the new pull-up and it has remained on his body each night. We both get points - Ben for communicating his discomfort and Ryan for understanding these non-verbal cues.