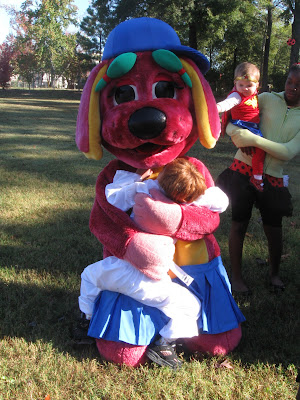 Ben is hugging Trilby from the Raggs TV Show, a PBS show created in Charlotte. Ben and Trilby would have made the Guinness Book of World Records in the Longest Hug category (which has not been attempted yet) had we not broken them up to give a turn to the other kids waiting in line.

* Addendum to this post: In March of this year, the record for the Longest Hug was established - 24 hours and 17 minutes. I was thinking about attempting to set the first record with Ben if it had never been tried, but a full day of hugs may even be too much for Ben. Now a Bob the Builder Marathon... 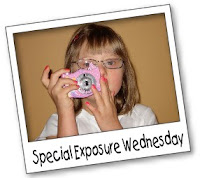