Back Story - Operation: Fill The Stands

In 2013, my boys and I attended the Mecklenburg County Special Olympics Opening Ceremonies. We were 3 of perhaps 20 spectators. While we had an incredible time, I did wonder how much more fun and special the event could be if more people came to cheer on the athletes. I made myself a promise to bring more people along the following year.

In late March 2014, I started a campaign called Operation: Fill The Stands. The name came from the photo below that I snapped while at the 2013 event. 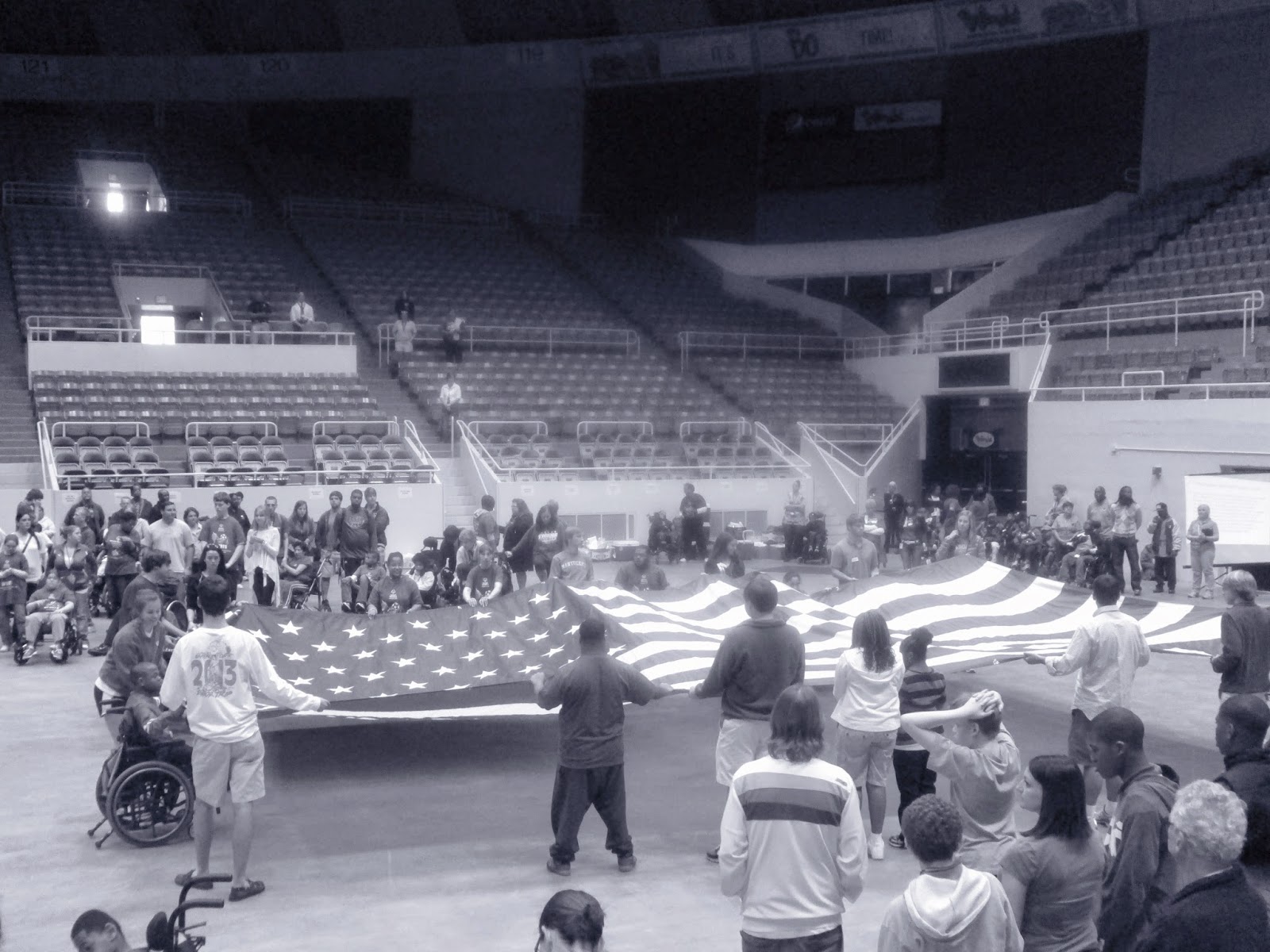 I am an "ask permission first" rather than "ask for forgiveness later" type of person, so I contacted Greg Morrill, director of the Mecklenburg Special Olympics to let him know what I had in mind. At that point of contact, I was hoping for a few extra people. With Mr. Morrill's blessing, I sent out 100 emails to family, friends and a few acquaintances expecting 20-30 more people to attend. On my Facebook page and blog, I posted the photo and asked for ways to get more spectators.

At first there was a trickle of interest and then over the weeks that followed, that interest grew. My expectations grew also. Perhaps 20-30 more people was not enough. What if there were a lot more people there?

After a few phone calls and messages that showed me people were getting behind this cause, I had the courage to contact WBT radio personalities about giving their support - I listen to them often and knew that they did assist with events such as these. Within seconds of pushing the send button for an email to John Hancock, the 3-6pm radio host on 1110 WBT Radio, I received a message, "Absolutely!"

An email foward and a church bulletin lead to a local news reporter, Sharon Smith, from WBTV interviewing Joey, Ben's community worker, on Easter Sunday. Once WBTV got the story, competition in the TV world took over and FOX Charlotte called me on Monday morning to setup an interview. Then Sharon Smith asked to meet Ben and talk with us on Monday. John Hancock emailed asking to talk with me that evening. It was a whirlwind of a day, but we made it through it all and the result was a lot of coverage for Operation: Fill The Stands.

This snowballed into much more than I ever expected. Luckily, Mr. Morrill coped well with my ever increasing emails letting him know of more and more media requests.

The links below show all the stories, interviews and TV coverage.

Blog Posts
2013
The "Not to be Missed" Opening Ceremonies