Kingdom of God in Bojangles Coliseum

April 24, 2014
The pastor at our family's church, Sara Ilderton, attended the Special Olympics Opening Ceremonies on Tuesday. It was her first time attending, and the experience was quite more than she had bargained for. Pastor Sara writes a blog, and I have re-posted this with her permission, and added the photos to give a visual to her story.

She has captured on "paper" what many of us felt. 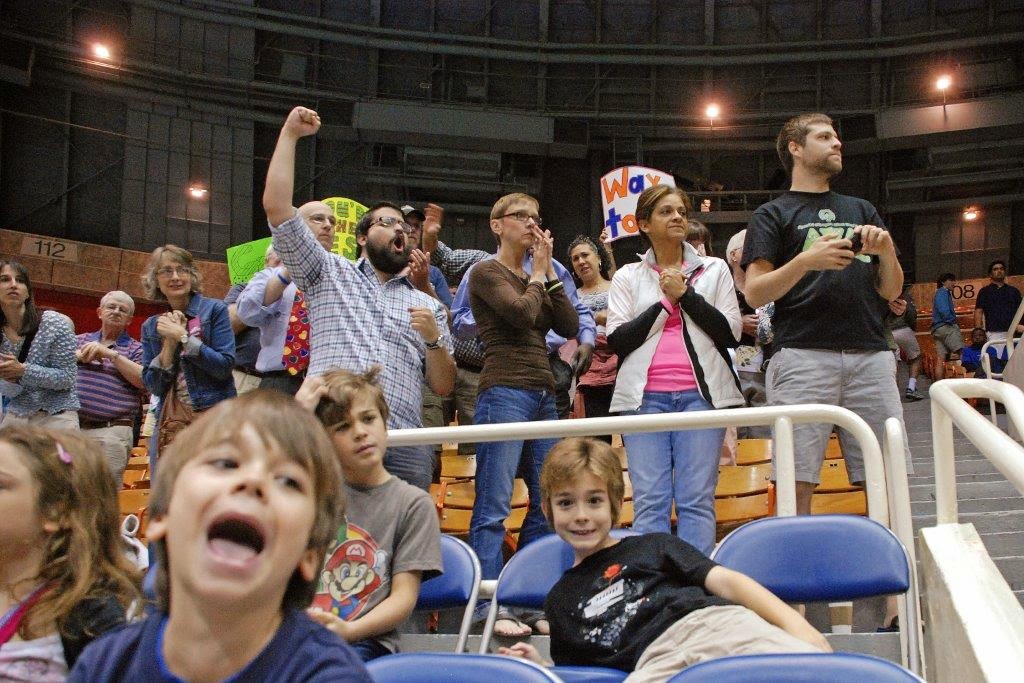 About a minute-and-a-half after the athletes started coming in, I wanted to knock Ethan out…He’s our Minister of Youth & Families.

He was standing right beside me, and his constant “whoop-whooping” poured down on me from his 6’2” height and echoed throughout the entirety of the Bojangles Coliseum.


A bunch of us from the church went to support Ben – St. Luke’s own  Special Olympian (check out eSpeciallyBen). 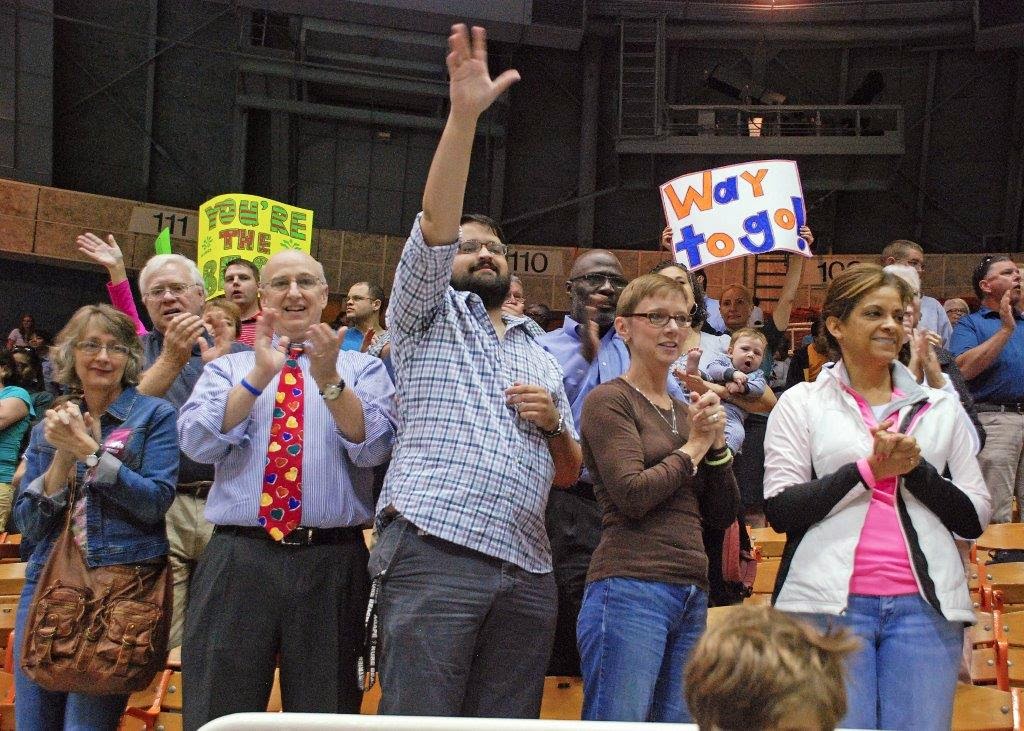 Anyhow, Ethan’s excitement and enthusiasm were, quite honestly, more than a little annoying – at least at first.

I’m fairly certain that every person there could hear him…which, of course, was the point. 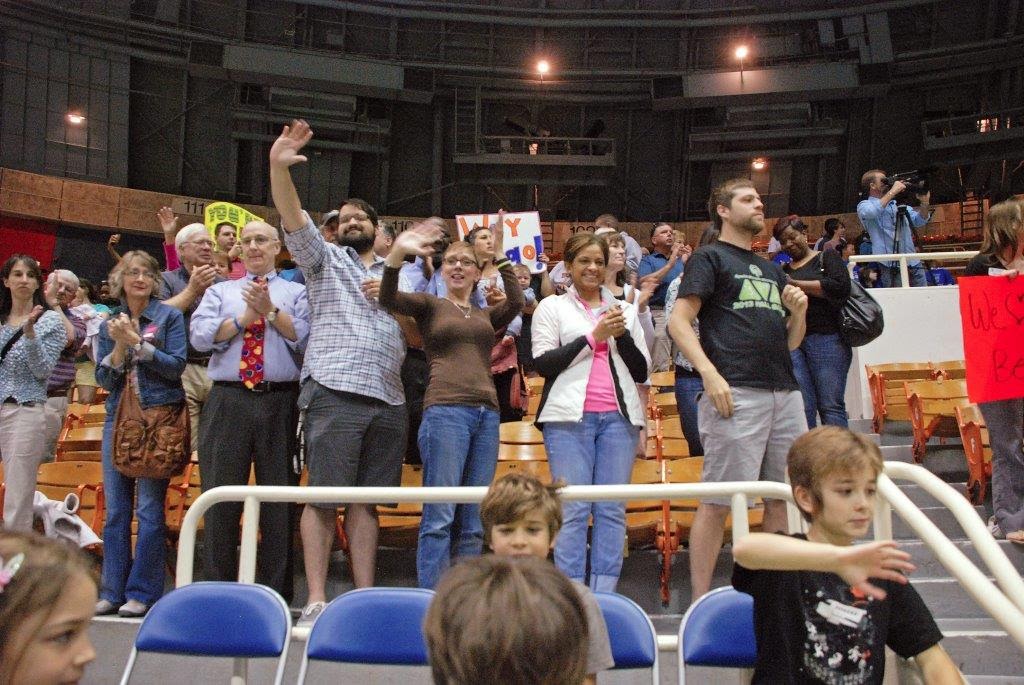 He made sure that every Special Olympian processing during the Opening Ceremony on Tuesday knew that they were supported, respected, seen, and cheered for. And before long everyone around, including me, took up his cause – whooping and whistling and shouting and waving for every single athlete (all 1,200 + of them) – like a bunch of crazy, star-struck fans just hoping that one of the athletes might look our way! 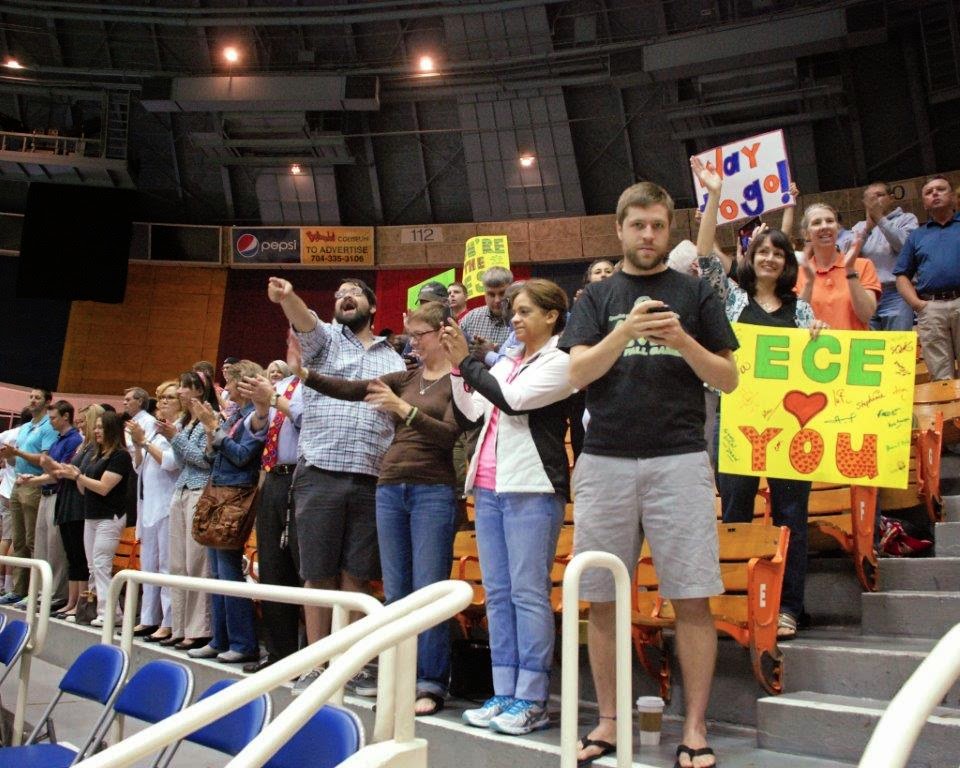 At one point, I realized that I was laughing out-loud at the same time that tears were rolling down my cheeks…

And I know this sounds a little “hallmark-ish,” but I was experiencing (if that’s the right word), or sitting in the middle of, or being overwhelmed by irresistible and inexplicable joy (truly, truly inexplicable – so, please forgive this feeble attempt at making it explicable)!

There, right before my eyes, the Kingdom of God took shape in Bojangles Coliseum.
There, the world was turned upside down.
There, the ones society calls the least and last, were now the first - the heroes and stars and champions.

And we just wanted to be part of it! The love and joy and excitement were palpable.

There was not the slightest hint of misplaced sympathy or condescension in the air – not one utterance of  “that poor child,” not a single insinuation of pity.

There was just Ethan (who recognized the Kingdom faster than I did) jumping up and down, waiving furiously, whooping until we all could not keep from joining in – celebrating the love and the joy and the inclusion of us all together in the presence of the Kingdom.

To see this post and others by Pastor Sara, go to: Kingdom of God in Bojangles Coliseum