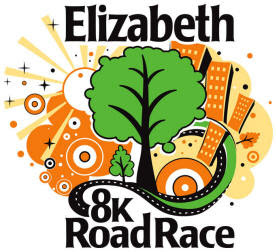 Any race following the Cooper River Bridge Run with all its fanfare, would be a hard act to follow. This Race was supported mainly by the neighborhood in which it is named for, Elizabeth. It was an early morning gathering of almost 700 runners of various ages. The course was very hilly. Personally, I felt it was more challenging than Cooper River because the hills never seemed to end.

The nine year old boy playing the violin in front of his house was the highlight of the race for me. I was proud of him for having the confidence to do it. Other than this boy, it was mostly families on their front stoop quietly watching us run by. A few groups were more lively, but they were drinking an orange liquid in champagne glasses.

With nine minute miles, I came in 17th in my division. Not too shabby, but if I want to bring home a trophy, my best bet is to increase my age. The competition drops significantly.