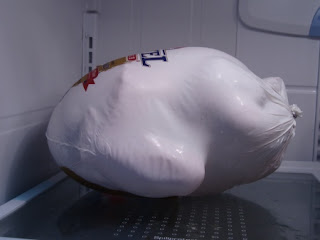 Since March 2009, I have been taking 1/2 of a Benadryl pill every night before bedtime. It all started that winter when we were horribly sick with colds, bronchitis and ear aches for months on end. Someone was always up at night. I got in the habit of waking at 3am whether someone needed me or not. I need sleep every night, at least 8 hours worth. I did one all-nighter in college using No-Doz and that was it for me - never again. If I did not get the studying done at a decent hour, well then it was not going to happen.

Anyway, I began taking the Benadryl every night. I did not need it to fall asleep because I am usually zonked by the time I get to bed, but I did need it to stay sleeping. Well, March 2009 turned into March 2010. I thought about stopping, but the fear of not getting a good night sleep would take over and I would pop a half a pill, which is 1/4 of a full dose. My chest would tighten when the thought of trying to go to bed without one entered my mind. A mild form of panic would settle upon me.

In May I had a physical with a new doctor. I asked if taking such a small amount of Benadryl at night would hurt me. My friend had mentioned that she heard it was connected to Alzheimer's Disease. The doctor was less than pleased with my pink pill habit and suggested Melatonin. I am a very good patient when not being stuck with needles and dutifully purchased the Melatonin. The Melatonin worked just as well, until a few weeks into it, I began to feel depressed. Not being able to figure out what was going on, I took myself off the Melatonin after reading that a side effect can be depression. I went back to my trusty pink pills. The depression along with my allergies, ceased.

Then just a week and a half ago, I was exercising on the treadmill at the gym while watching Dr. Oz. I am not a big fan of the scare tactics he uses to get the public's attention, but ironically it got my attention this time. The show's topic was about people addicted to sleeping pills. I am not saying I resemble the woman on the show - she was taking 2 1/2 pills a night - remember I was only taking 1/2 of a pill - but she said something that did resonate with me. She feared not being able to sleep. And that's when it hit me that the fear is what was making me take the pill each night, not the inability to sleep.

Dr. Oz promised that this woman would be able to sleep without the aid of the pills and would occasionally have insomnia, like most people do. So last week, I went cold turkey and have been off the little pills for over one week. I've even been awoken by children at 3am and still was able to go back to sleep.

All of us handle stress in different ways. Some use substances like alcohol, food, nicotine or drugs to manage their hectic, emotionally difficult lives. I learned a lot about myself through this experience. I joked about only taking 1/2 pill, which is 1/4 of a dose, but I was saying this to convince myself and others that it was okay to do what I was doing because it was just a little bit. Because I was being lead by fear, I could convince myself of anything. And that is a dangerous place to be. Once I figured out my real fear, I was able to make the change.
Posted by VMI at 7:00 AM