BB at the Special Olympics 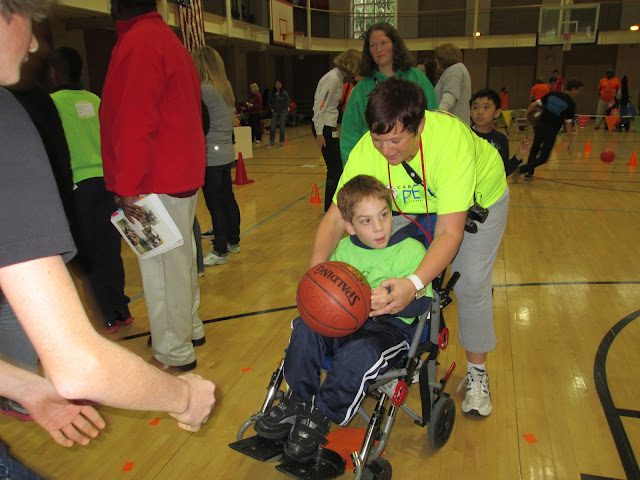 On the same day Ben received the Principal's Award, he also brought home the Silver in Basketball at the Special Olympics.

Frankly, I was skeptical about how this was going to transpire, but I left impressed with the program. The focus was on skill building. Ben had two events - catching (photo above) and dribbling. He was given a minute in each event to catch the ball (catching) and then push the ball down (dribbling) as many times as he could.

My biggest surprise was that he seemed to enjoy himself. After witnessing baseball, bowling and boccie ball, I was sure another "B" sport would bomb. He was engaged and happy - two factors that are high on my list for success for anyone.

If you have concerns about how Ben may be handling receiving so many awards in just one day, you can see in this video how he gave up the Silver quicker than almost humanly possible: Medal Ceremony