Been There, Done That

January 12, 2015
After 10 years of being in the world of special needs, we have pretty much heard it all - what we can do for Ben, what we should buy and try and how we should do certain things. For the most part, we have done everything suggested, including, but definitely not exhaustive - chewy tubes, electric impulse machines, ABA therapy, special utensils, foam seats, kinesio tape, weighted vests, vibrating pillows, exercise balls, whistles, vibrating pens and even cloth napkins.

When Ben starts with a new therapist, they make suggestions based on their experience and observations. More than likely, we have tried the technique or equipment at an earlier time in Ben's life. It has either worked and we still do it, worked but not anymore, worked but not worth the hassle, worked but we got lazy or not worked at all. 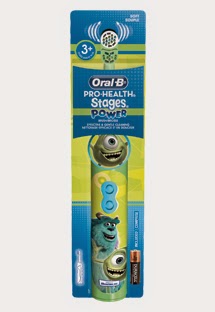 A few weeks ago, the vibrating toothbrush idea was brought up to me again. I would be lying if I did not share that I do get tired of these ideas. My responses have run the gamut: "Yup, we've done that.", "Got those in the closet.", "Ben hated that.", "Ben ate it.", "Nope, just not doing it." I am careful not to roll my eyes, at least in anyone's line of sight.

Ben received a vibrating toothbrush in his Christmas stocking from Grandma. (She is a past special education teacher and ABA therapist, a proponent of the vibrating toothbrush, and very sneaky.) Ben had one several years ago and ruined it quickly by biting so hard on the brush that he stopped the vibrating. Needless to say, he seemed to hate it, and we stopped using that type of toothbrush.

Since we had this new toothbrush, we tried it. At 11 years old, Ben loves the vibrating toothbrush. So much, in fact, that we asked Grandpa, on the other side, to get him a few more.