May 29, 2014
My MP3 player started with Bieber and ended with the theme from Rocky. I was running a 5k race called, Lace Up Son, a play on former Carolina Panther's Steve Smith's words to Aqib Talib, "Ice Up Son", after a football game that left the New England Patriots on the losing side.

About two weeks before the race, I heard Steve Smith on the local radio show discussing the race and his foundation, the Steve Smith Family Foundation. He made a point to say that the race and events afterward were family oriented and that a portion of the proceeds would go to support Special Olympics. There was something about how he talked about the race and his vision for it that made me want to go.

At 6am on Memorial Day, the day of the 8:15am race in a town 30 minutes away, I was definitely thinking twice about what I had gotten us all into. The kids were snug in their beds, Ryan and I could have slept in late, instead, I dragged everyone to the car.

No regrets from any of us now- we met Steve Smith, ran and walked a good race and swam at the YMCA water park. Smith was on the course cheering on the runners and then at the finish line taking photos with anyone who approached him, and approachable he was.  He gave one group a short lesson on the best place to stand for a photo so that their faces would not be in shadow. He spoke to a 91 year old woman who had run the entire race. He connected with a veteran who was in a wheelchair and another man who ran on blades. Each conversation looked easy and comfortable.

We eased our way up to Steve Smith and asked for a photo with him. I explained to him that hearing his inteview on WBT radio talking about the Special Olympics support, motivated us to participate.  I told him we noticed how many special needs people participated in the race - kids and adults. Smith responded with a twinkle in his eye, "That was intentional, we want this race to eventually be 50/50." What a lofty and lovely goal.

Baltimore Ravens may just have a new fan. 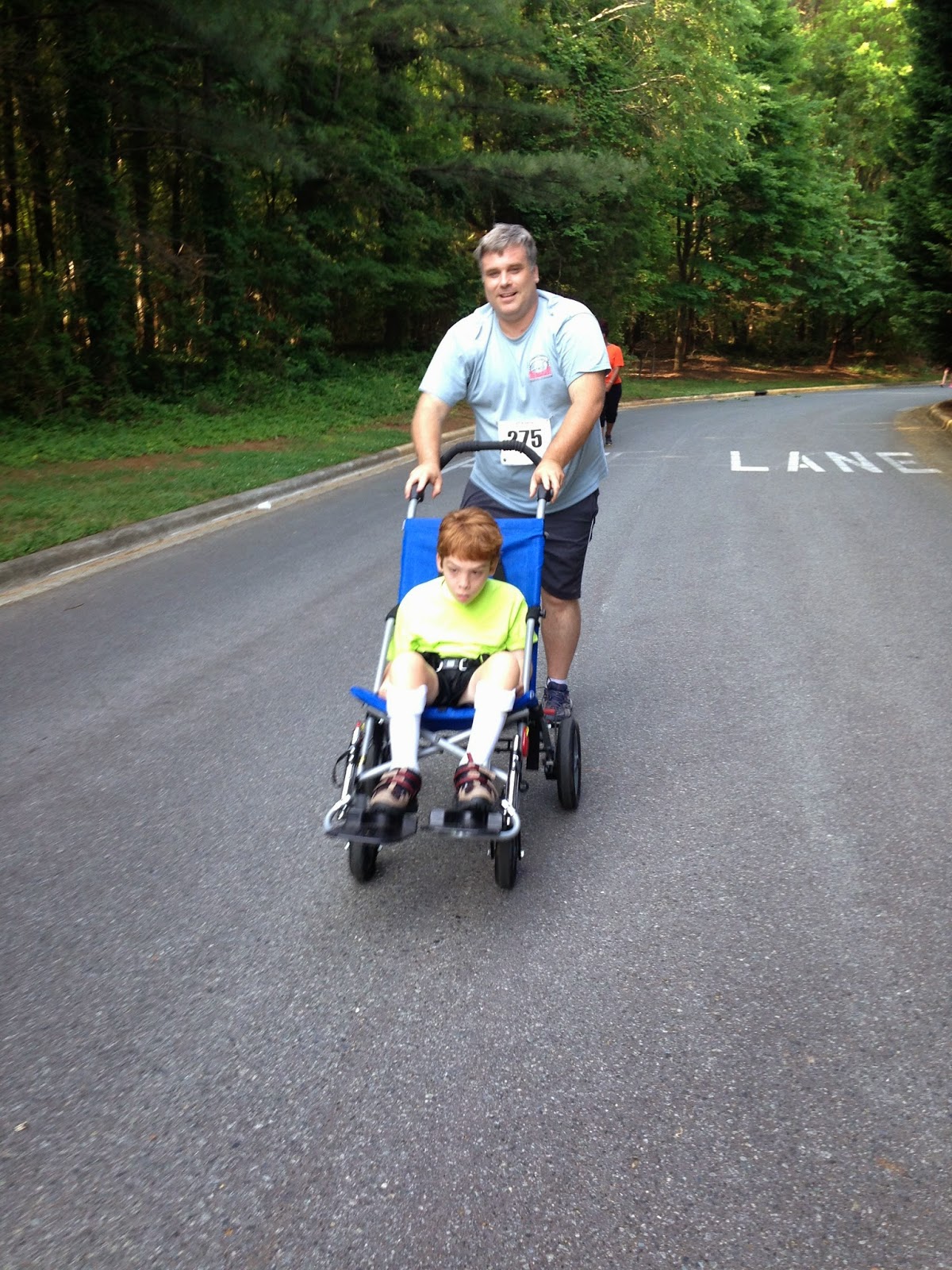