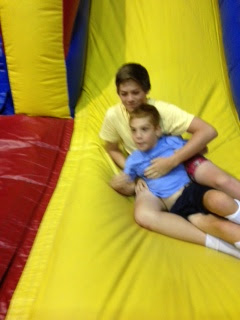 Ben attended Rainbow Express Camp again this year. Although I was not the person bringing him to camp, I was told that he was banging on the glass to get out of the car once he saw where he was going. One of Ben's mighty abilities is his memory. We do not go anywhere near this church during the year, but every year, without exception, he is clamoring to get in there. 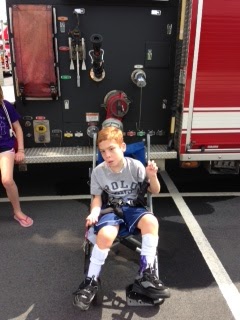 Matthews United Methodist Church's youth program coordinated the entire week. The teens in the program served as the camp counselors, and they worked their tails off all week making it Ben's favorite place to be. 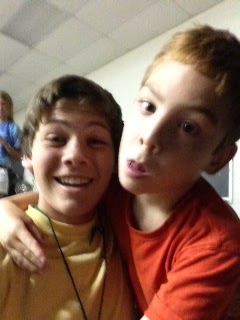 If Ben looks a little tired, he was. In addition to participating in a fun-filled day of camp from 9am-4pm, he had a summer cold too. When he was asked in the morning if he wanted to go to camp, he crawled to the door to get to the car.

Ben's counselor, Tanner, sent photos to me during the week. I was actually away visiting family and it was so good to see Ben having a good time. It is good to see the counselor having a god time too. On one of the last days, the camp brings in inflatable slides and climbing equipment. Tanner promised that Ben would get a chance to go down one of the slides. As you can see, he kept his word! 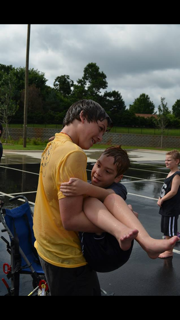