At the Heart of the Game 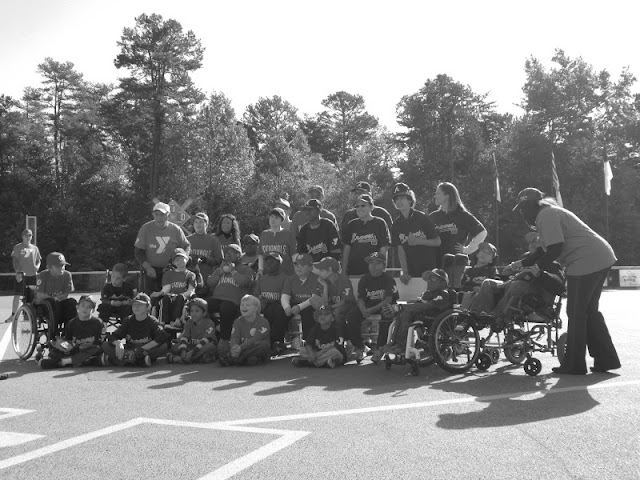 I probably have already featured the Miracle League one too many times for any reader's liking, but here I am doing it again. Remember at the end of "How the Grinch Stole Christmas" when the narrator says, "the Grinch's small heart grew three sizes..."  That is what it feels like at these games, my heart grows. It is hard to explain, unless you witness it yourself.

There is an overwhelming feeling of love, gentleness and caring at these games. Call me hokey...but do so behind my back and after you have attended a few games and don't feel it yourself.

This week, it started with an early call from a friend whose son is also on one of the teams. She was calling to say that the photographer was fabulous. The professional photographs for team and individual photos were scheduled for this day.

At the field, I witnessed those moments that individually are important, but together, in a short one-hour time frame, they make my heart swell.

At this rate, my heart may bust through my chest, but lucky for my readers and me, we only have two more games.