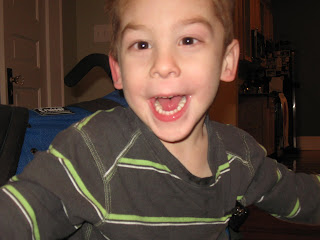 While I was reading to Logan, I left Ben and Sean to their own devices. Ben was in the library watching his usual Bob the Builder video and Sean was just hanging out. When I came back about 20 minutes later, I noticed Sean sitting in front of Ben's second bowl of oatmeal and it was almost empty.

I watched as Sean got a spoonful, climbed down from the chair, walked across the hall to Ben and fed the oatmeal to him. He did it two more times until the bowl was empty. He must have been doing it the whole time I was away.

Can't even use words to describe how I feel when I witness this type of understanding, love and caring, especially from such a little guy. 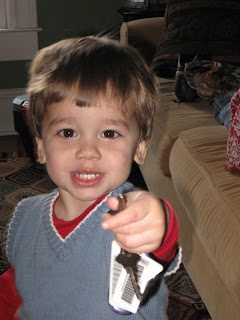 Sean will be two in March.