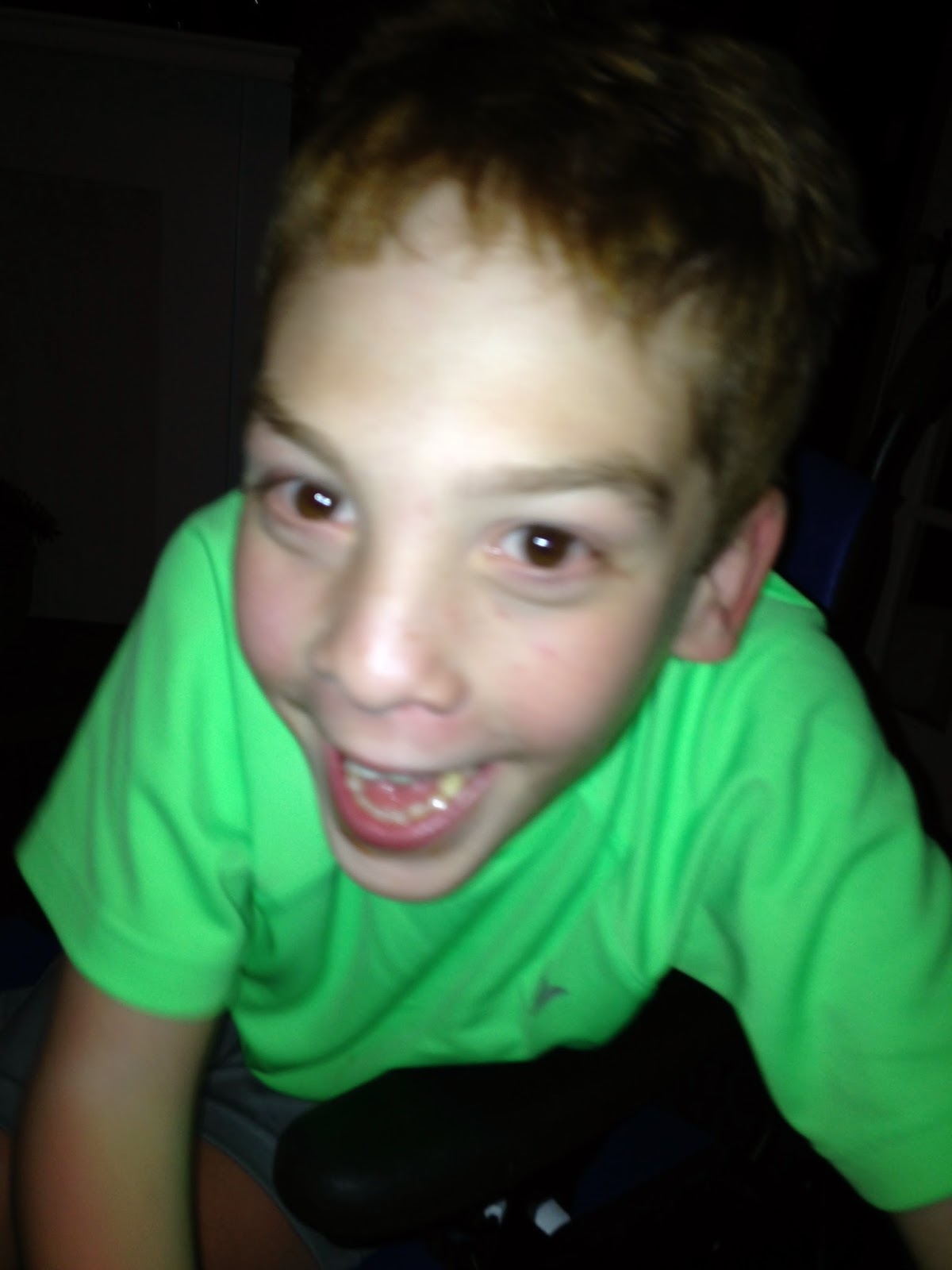 Yesterday, I took Ben to the YMCA, and we watched men play a lively game of basketball. Later, in the lobby, Ben's strap on his wheelchair broke. I had to take him out of the chair and enlist help to fix it. In the minute it took me to find someone, Ben crawled back into the gym to watch the game.

Ben was intense at this point, watching the game and yelling when they were about to score. He started sliding his little behind toward the court.  He was trying to get in the game. More than anything, he wanted the ball.

This was a serious pickup game, and Ben did not even get a nod. It was nothing against Ben, these men only had eyes for the basket.

At the same time, two or three boys about Ben's age started playing on the court when the men's game took them to the other end. Ben was doing his best to get someone's attention - if the large men wouldn't share the ball, perhaps one of these boys would.

To Ben's delight, the ten year old Dion offered to do it several more times before he had to leave for home. Once Dion knew that Ben was enjoying himself, he offered to throw the ball to Ben multiple times. It was an emotional night for me - the pain of seeing Ben wanting to be a part of something and then the joy of someone making our night by including him.