Play Ball and Other Games

March 01, 2015
When your kid with special needs does something so unexpected, it makes you remember that the diagnosis delayed development could mean waiting for skills to emerge, interests to blossom and age appropriate behavior to advance. Even as parents, we tend to forget that our child's brain may develop at a different rate possibly exhibiting growth when least expected. When it does happen, it hits you right in the face, but in a good way.

This morning, we were all hanging in our playroom. We were enjoying the space after decluttering the room and donating bags of toys to the local thrift store. Ben was with us and he reached up to a bin full of balls and chose a junior size football, one that we use all the time outside. He took the ball and handed it to Sean.

Under my breath, trying not to squeal with excitement, I told Sean to play ball with Ben. Logan and Sean did not understand the significance of this moment. Joining us in the playroom, locating a ball, choosing a ball, getting the ball, handing it to his brother are multiple steps of a thoughtful and remarkable process. To the brothers, they were handed a ball by their other brother. No big deal, Mom. 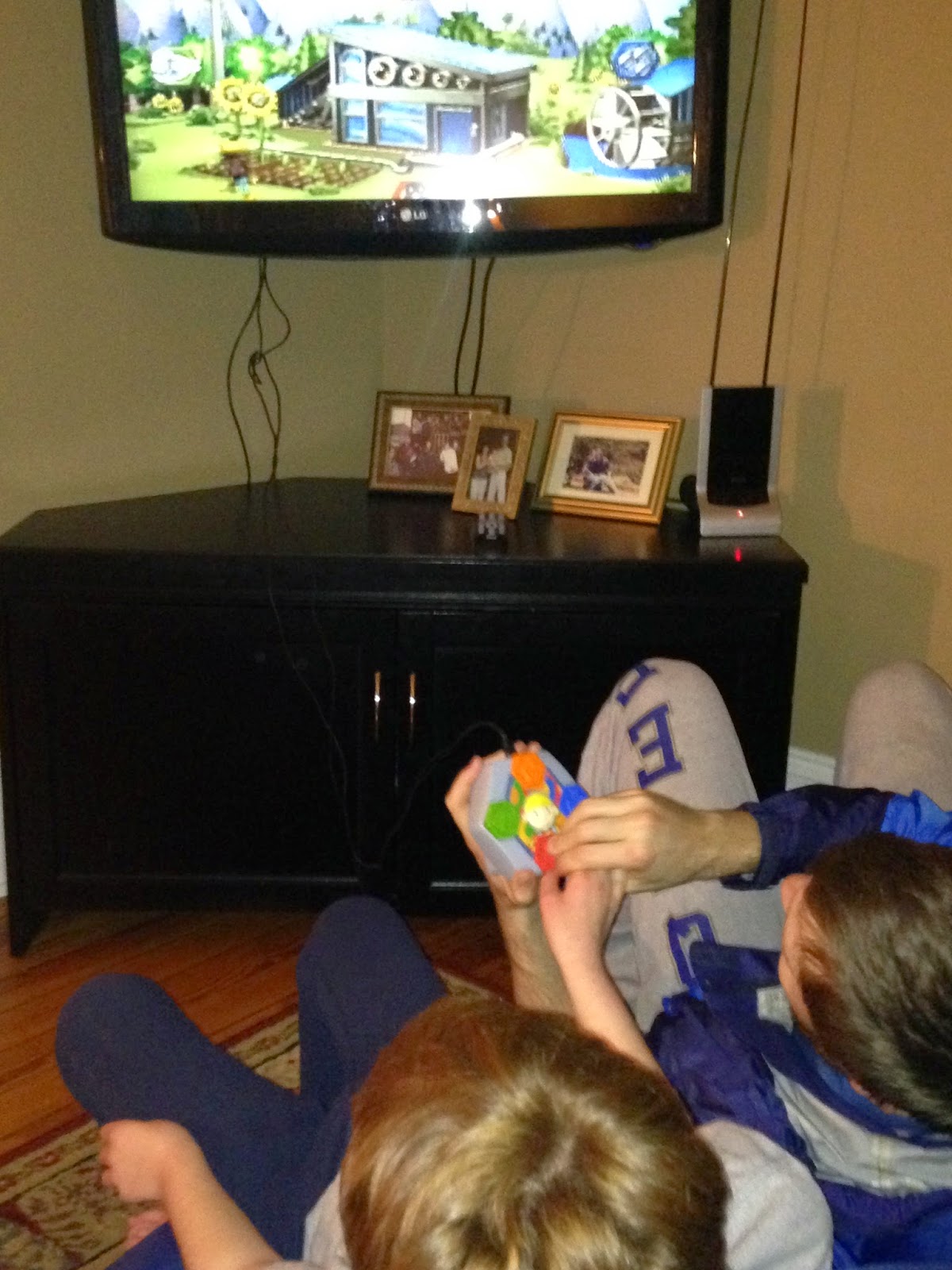 Several weeks ago, I came home from a morning run and everyone was asleep except for Ben. The TV was on, videos were pulled out of the cabinet and our one "video system" was 5 feet from the cabinet, next to Ben's comfy chair.

After a family interrogation and careful detective work, I determined what happened:

Ben turned the TV on by himself (wow), without knocking anything over on the TV cabinet (hard to believe, but no other way it could have been turned on).

At some point, Ben rifled through the cabinet below the TV and grabbed the Bob the Builder video game. He brought it to his chair hoping that someone would set it up and play. I know this because Ben did not chew the cord, a normal and expected activity. If he wanted to just chew it, he could have done that in front of the TV, no need to drag it across the room.

This Bob the Builder video game was purchased for $7 at TJ Maxx about seven years ago, probably one of my best purchases ever. It runs on batteries and plugs into the back of the TV. It has 4-5 games that can be played. Since this incident, Ben has pulled this game out several times. We try to engage him in pushing the buttons, but he really prefers to watch his brothers play.

I am not a fan of video games, but if Ben becomes interested, I may become one quickly.