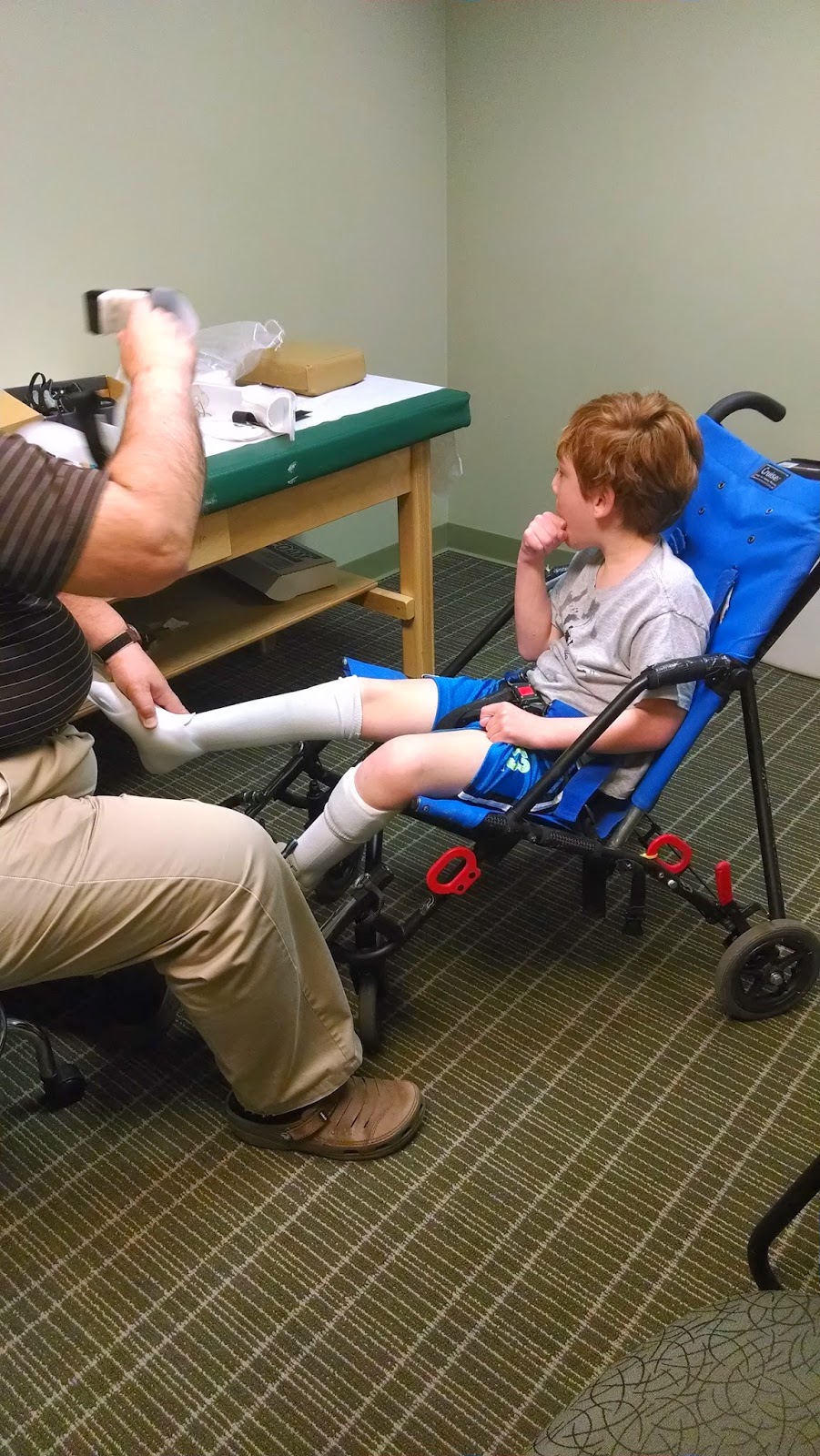 A few weeks after casting Ben's AFOs, we visited Steve again for a fitting. The AFOs are completed, but still need adjustments.

A small boot was fitted over Ben's special long socks. The top of the boot was softer than the ones he had in the past. It was rubbery. The rest of it was a hard plastic. A very soft tongue was glued inside of the boot to make sure that nothing hard rubbed against Ben's foot. This was new for us. Typically, we had the tongue, but it was detached and we were forever losing them and yelling for someone to find a pringle for Ben's brace - that's what we call the tongues, "pringles". 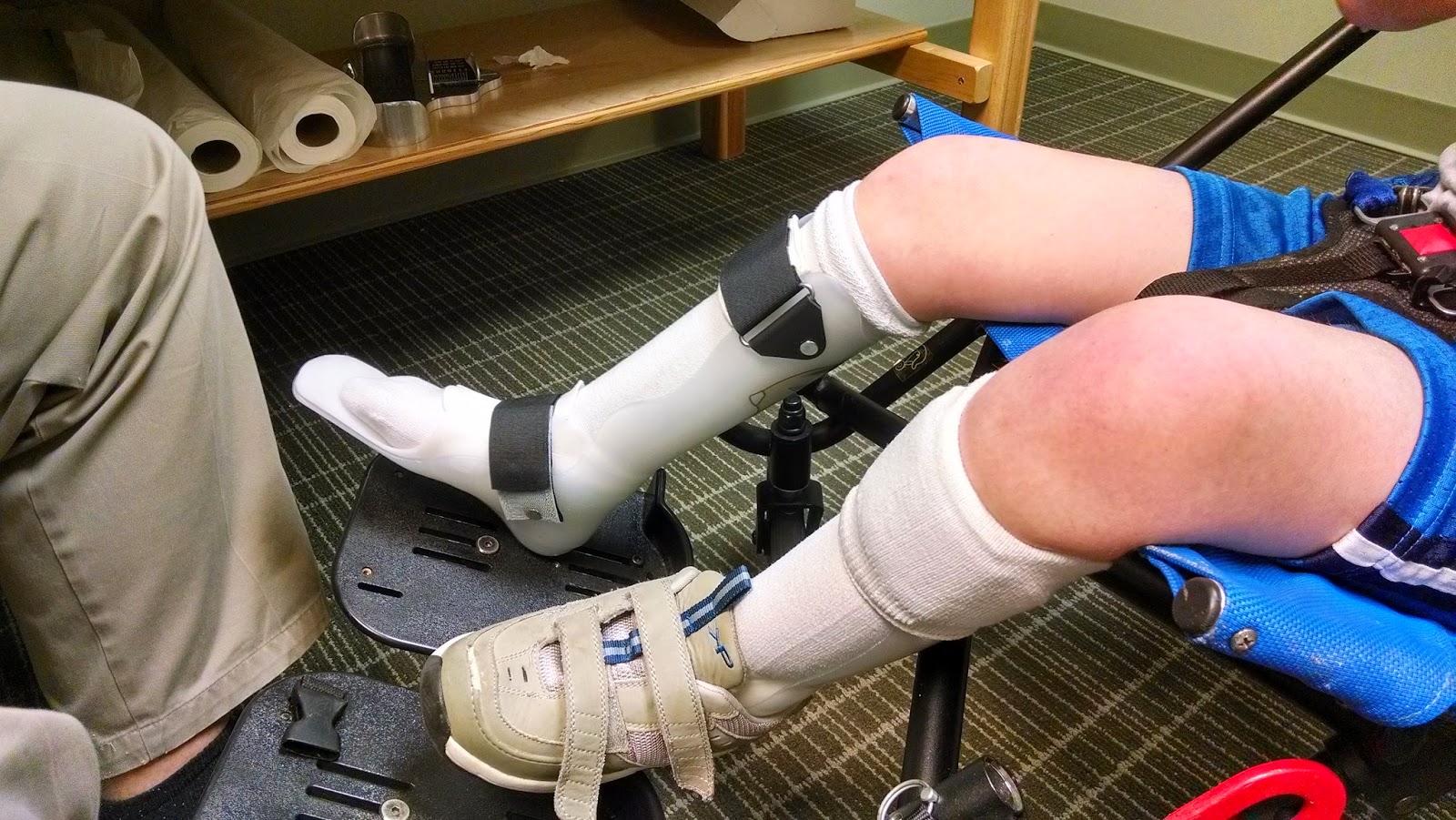 After the boot, a hard plastic orthotic was put on. This held the straps that keep the AFO in place. This time, Steve decreased the straps from three to two. 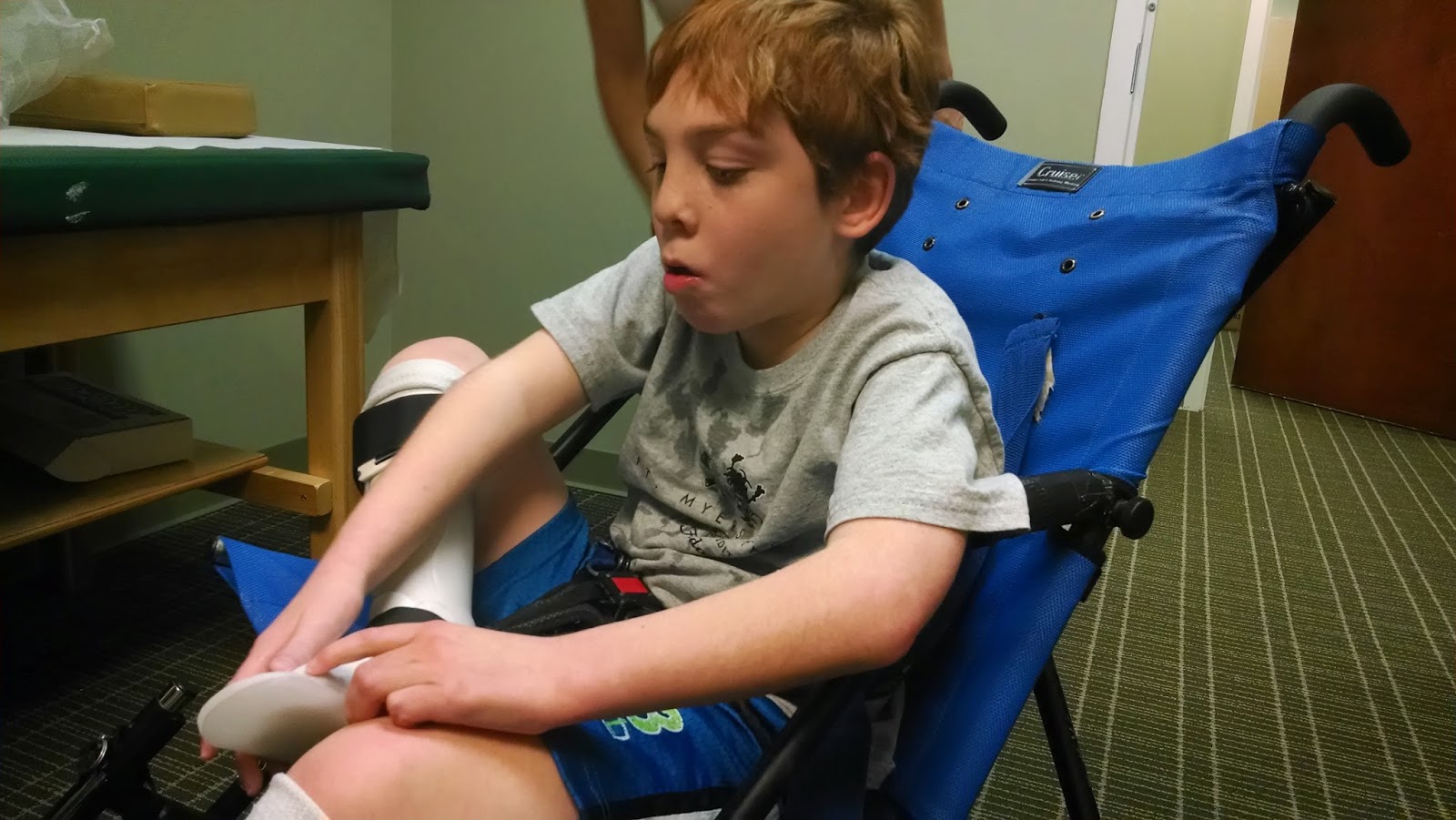 The change in strap number and glued in tongue made putting on AFOs faster and easier. As you can see in the photos, taking them off was easier too.