Getting All The Glory

March 23, 2013
Sean turned five this week. Birthday boys and girls are treated like royalty at our house. On the morning of Sean's birthday, Ryan woke him early and took him out for breakfast before school. Ryan is ridiculously busy with his own school and any alone time with him is treasured. 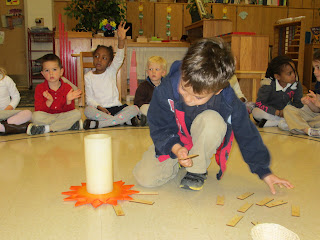 Next was my turn to treat the little king to birthday bliss. I spent the entire morning with Sean at school. I participated in a celebratory birthday ceremony in true Montessori style. After setting up the sun and calendar months in the center of a circle of classmates, Sean walked around five times while holding a globe. At the same time, I talked about his favorite things and showed baby photos he had chosen. For these few minutes he was the center of the universe. 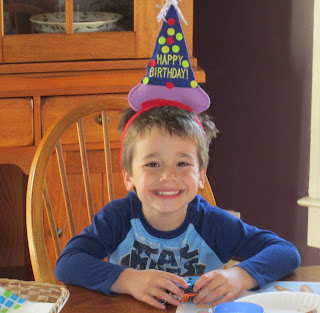 That night, Sean chose Domino's Pizza for dinner. We sang "Happy Birthday" and ate cupcakes. At some point during dinner, I asked him what was the best thing that happened to him that day. Ryan and I amusingly glared at each other over the top of the boys' heads, each knowing Sean would pick the special time we had with him. Nope.

"Talking to Uncle Brian on the phone."

We cannot compete with cool Uncle Brian, the NYC Fireman, the one who wrestles and gets rowdy with the boys. 700 miles away, but with one phone call, all else is forgotten. Oh well! 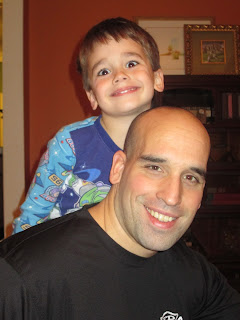